History of the region 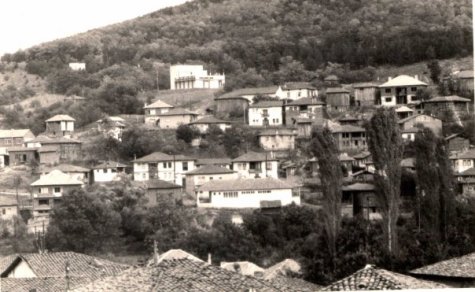 The Malesh region has been inhabited since prehistoric times, as evidenced by the remains of settlements and mounds. The large number of registered archeological sites has hardly been excavated so it is not possible to say with certainty what time they are from. Field research has collected findings, which provide an opportunity for a relevant chronology. According to folklore, the name Maleshevo is of Illyrian origin and comes from the words mal – mountain and malesi – mountain locality. Some scholars believe that the toponyms Malesh, Maleshevo, p. e. Malesevo comes from the Old Slavic words – small loess, which means small forest, small mountain.

In the 4th century Maleshevo was part of the state of Philip and Alexander the Great. After the disintegration of their empire, Macedonia as well as Maleshevo became part of the Roman province of Macedonia. In the 6th and 7th century, Slavs settled on the territory of Maleshevo. On the territory of Maleshevo, Konstantin Filosov composed the Cyrillic alphabet. With the disintegration of the Macedonian Samoil Empire, Maleshevo fell under Byzantine rule.

The name Maleshevo is mentioned for the first time in the written sources in the letter of the Byzantine emperor Basil II in which he talks about the number and composition of the dioceses of the Ohrid Archbishopric. One hundred years later Maleshevo is mentioned by the Arab travel writer Idrisi. Some scholars, such as Gae Cer, believe that in the 9th century the bishopric of Morozvizd (Morodvis) was transferred to Maleshevo, a city located along the upper reaches of Bregalnica, in the embrace of century-old beech and pine forests, which according to the weight of Basil II is from Maleshevo and Pijanec.

Maleshevo became part of the medieval Serbian state in 1334, then it was part of the fief of Konstantin Dejan and it is assumed that in 1394 the city of Malesh was destroyed by the Turks.

After the Balkans and the First World War, Maleshevo became part of the Kingdom of SHS from 20.05.1920.

The origin of the name Maleshevo 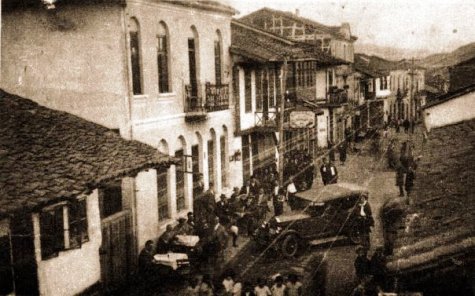 Most travel writers, historians and other researchers associate the name Maleshevo with a personal name that existed and on the basis of which the region received that name. In fact, even today in the area of ​​the lower terrain of the municipality of Delchevo and the municipality of Kamenica there is a male name Malish. There are also surnames Malesevski, Malesevic.

Jeremie Pavlovi во in the book “Maleshevo and Maleshevci” – (Belgrade 1928), is also inclined to believe that the name Maleshevo comes from a male personal name, supporting it with the existence of names and surnames Maleshevec, Maleshevic and others. Such opinions still have no scientific basis.

In the absence of written sources, the history of Maleshevo as an ancient city and as an area can be supplemented with archeological monuments and toponymic material for which historians will give their word. Some researchers, such as Jordan Ivanov, believe that “the city of Maleshevo did not exist”. However, if we take into account the numerous records, even archaeological remains (although still insufficiently explored) Maleshevo as a city existed.

According to prof. T. Tomoski bears the name Maleshevo in the mountainous area along the upper course of the river Bregalnica. Settlements called Maleshevo are found in Kosovo, north of Orahovac, as well as in Albania, in two places: – the village of Malesheva, southeast of Berat, and Maleshevo north of Argirokastro. In the XIV century the name of the place Malesh in the Nigritsko area was recorded. Furthermore, Prof. Tomo Tomoski writes that in the period from the XI and XII century the name Maleshevo was used by the Ohrid Archbishop Theophylact in a letter to the Bishop of Trnadica, where he mentioned the Maleshevo Bishop, which indicates that in the XI and XII century there was an epic in Maleshevo.

In the XII century we have a testimony in the work “Geography” by the Arab Idrisi. His description of Maleshevo reads: “From there (Morodvish province) there is a day and a half to the place Maleshevo”. At the end of the 12th century, in the administrative division of the Byzantine Empire, there was also the Maleshevo-Morozvizdz province.